Switch to different app based on a variable

Would like a transition with the ability to cancel/complete the current app and switch to a different app based on a variable or a table value that matches the name of the different app. My use case would be for a table list of trainings assigned to an user that user would select one training from the list to complete at this time and it then takes the user to the associated app that has the training material and quiz to be completed. When the user selects the one training to complete, the table trigger will transition to the app with app name that matches the text string stored in the table record.

Currently can only preselect which app for transition in the trigger. would be useful to transition based on variable data value or table value that user can change or select.

I think this function is already implemented under: → App → Completion App Then Change App By Name → {Select Variable Type}.

I believe what you show used to be there but not any longer. Just have the Complete App then goto step by name. No change app by name. 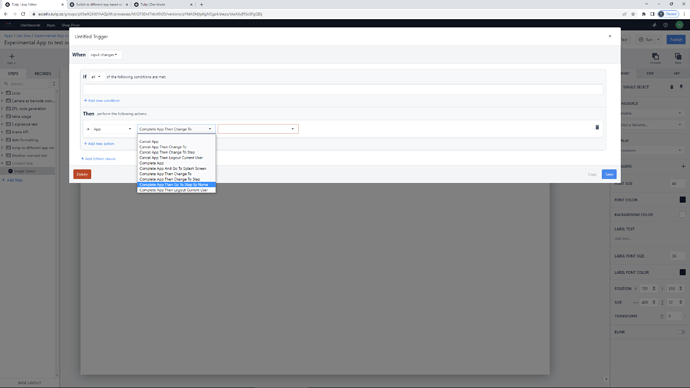 Is what you need under “Complete App Then Change To?” That takes you to a step of another app. 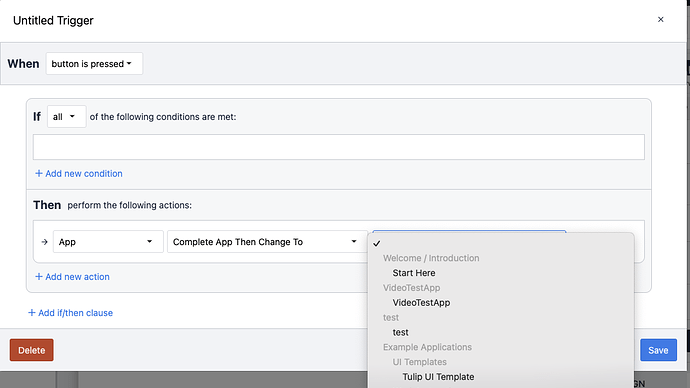 That transition will take me to a particular app that is fixed in the trigger. I am looking for a way to have it go to an app based on a variable instead of being fixed. It is similar to the “Complete app and go to a step by name” but instead “go to an app by name”. This ability used to be available but not since the August update.