Is there a method that can be used to prevent a custom widget from blocking other app elements when it’s been hidden?

setting pointer-event: none; works within the widget itself, but since it’s displayed in an iframe, it still blocks elements behind it even when it’s hidden.

This isn’t currently possible but it is something we are thinking about.

The primary use case where this would be useful is with modal windows. When a user does something, turn on my modal, but when that’s not displayed, let them interact w the app behind. 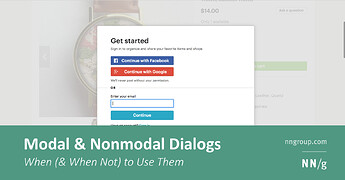 To do this, one of the things we are looking at enabling some basic widget properties within triggers, so you could
Set Widget property > Custom Widget 1 > Visibility > Hidden which would make that widget click-through. This is closely related to the discussion about being able to control the focus on each element and eventually could enable things like changing input labels from triggers. or adjusting widget transparency from a trigger.

This isn’t work that is currently on the roadmap but has been identified as one of the critical gaps on the app editor that we are keeping a close eye on as we decide its priority.